A COMMON QUESTION about many developments is what are the benefits? or, more specifically, how will this project benefit me and my community? At KMC we acknowledge the validity of these questions, particularly in the area of natural resource development. We also acknowledge that benefit is in the eye of the beholder and don’t presume what each individual or community considers valuable. Nonetheless, we understand the need for more specific information and have assembled a list of benefits that we feel strongly will be a part of the KMC project. 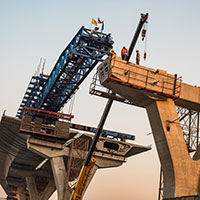 Global and National Benefits EACH TON OF HIGH QUALITY Kirkland Pozzolan sold will effectively eliminate the production of 0.8 to 1.0 tons of CO2 through direct displacement of the production of portland cement for use in concrete. [READ MORE]

Almost all scientists and even a majority of industry now acknowledge the evidence that climate change is real and that human activity is at least partly contributing to it. As portland cement production accounts for approximately 5% of total man-made CO2 production, the benefits of pozzolans are clear, and this is evidenced by the fact the most of the world’s portland cement manufacturers now have at least some position in the production and/or sale of pozzolans of some kind.

THE USE OF LOCAL POZZOLANS reduces the carbon and pollution intensity of cement consumption AND allows the U.S. to meet a growing demand for “cementitious” materials with American-made products instead of foreign imports. [READ MORE]

The U.S. consumed almost 100 million tons of portland cement in 2016 and that trend is increasing. As consumption begins to exceed domestic capacity, the strict U.S. regulatory environment will lead to the resumption of imports from various countries and is likely to reach the levels of the early 2000s, where more than 20% of all cement used was supplied by imports. Not only do these imports consume significantly more energy and produce more pollution in their transport, but they often come from sources that do not have the same environmental controls and strict oversight that U.S. plants have. This further increases the “carbon intensity” and “pollution intensity” embedded in each ton of cement used in this country.

IT IS KNOWN THAT POZZOLANS of high quality, used properly, make significantly better concrete than that made when they are not used. [READ MORE]

Pozzolans are known to significantly increase the density, strength and durability of concrete in virtually all applications. Today, the use of pozzolans is the market standard and often a requirement in specifications guiding the design of concrete in most public and commercial projects. As the supply of fly ash, the “man-made” pozzolan filling most of the current need, continues to shrink the use of local natural pozzolan sources will be essential to increasing, or even simply maintaining, the long term durability of the concrete that literally forms the foundation of our critical infrastructure. [MORE ABOUT POZZOLAN]

State and Local BenefitsAS AN ARIZONA CORPORATION, KMC will pay state income taxes on all income generated from the Kirkland project and any other projects it may pursue within the State. [READ MORE]

While KMC’s earnings are only projections at this point, like most privately-held companies it does not publish this information for competitive reasons. However, the principals of KMC have already invested several million dollars in the project’s development because industry and environmental conditions increasingly indicate there is a strong market for a material of this type and quality. Because of this, they expect to be a strong contributor to the State and Federal tax base for many years. 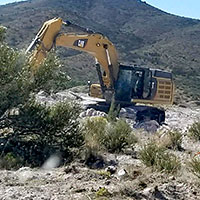 THE KMC PROJECT will create 3 to 5 management jobs and 10 to 15 family-wage positions in its early operation phase, with 15 to 25 similar jobs in later development. [READ MORE]

While these numbers appear small, relative to the current population and job opportunities in the area, this employment has the potential to positively impact a significant number of families and their downstream spending. While KMC does not publish proposed wage and salary rates for competitive reasons, similar jobs in other areas typically provide health insurance, retirement benefits, hourly wages of 150 to 250% of local minimum wage and salaried positions paying much higher.

WHILE THE KMC OPERATION will occur on Federal BLM mining claims, KMC owns several acres of private land adjacent to the mine that will be subject to property tax rates in Yavapai County. These holdings and tax rates are, and will be, publicly-identifiable information held by the Yavapai County Assessor.

In addition, the pozzolan material KMC sells from the Kirkland site will be subject to the State Transaction Privilege Tax (TPT), Arizona’s form of sales tax which is redistributed to counties, cities and towns by State formula.

AS ALL THE POZZOLAN MATERIAL will initially leave the KMC site by truck, these shipments will generate significant fuel purchases and taxes. [READ MORE]

While diesel fuel can be purchased in Yavapai County, fuel taxes are deposited into the State’s Highway User Revenue Fund (HURF) which is redistributed by formula to counties, cities and towns to support local road maintenance and construction. Additionally, as market demand grows, dump trucks will likely be stationed at or near the project site, significantly adding to the high quality employment opportunities for local residents.

KMC IS COMMITTED to being an active supporter of the local communities surrounding the Kirkland project. We are currently evaluating a number of ways the company can give back not just in words or slogans but in real capital that provides tangible improvement for our neighbors to share in the benefits of this project. It is important to the principals of KMC that its team gives back, in time and treasure, in a way that is meaningful to the people who live and work around us. We ask you for your help in identifying the best ways for us to do this.